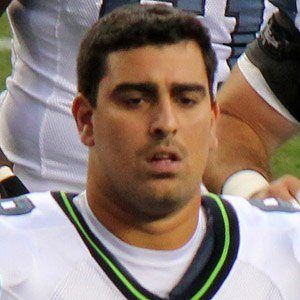 Offensive tackle who made his NFL debut in 2008 for the Green Bay Packers after being selected in the 5th round of that year's draft.

He played college football at the University of Louisville, where he began as a tight end, and made second-team All-Big East once he converted to an offensive lineman.

He won Super Bowl XLVIII as a member of the Seattle Seahawks.

He first became interested in football when he met Drew Bledsoe as a kid.

Breno Giacomini Is A Member Of