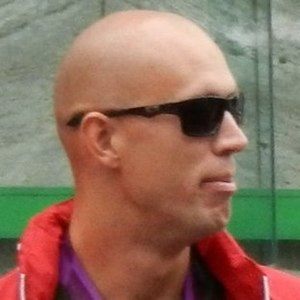 Swimmer who won a bronze medal in the 100 meter freestyle at the 2012 Summer Olympics in London, and a gold medal in the same event at the 2007 World Championships.

He was not a great swimmer when he first started, as he had to repeat lessons as a child.

At the 2004 Olympics he was mistaken for a protestor, and beaten and arrested by riot police.

When he won his bronze medal in 2012, he finished slightly behind gold medal winner Nathan Adrian.

Brent Hayden Is A Member Of