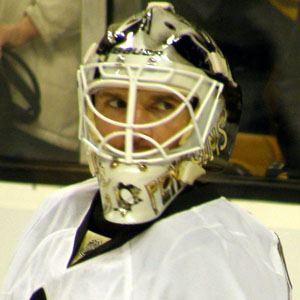 Goaltender who made his NHL debut in 1998 for the St. Louis Blues, later playing for the Phoenix Coyotes, Washington Capitals, and Pittsburgh Penguins.

He played for the Owen Sound Platers in the Ontario Hockey League.

His grandfather Sid Abel was a Hall of Fame hockey player.

Center Pierre Turgeon was his teammate on the Blues.

Brent Johnson Is A Member Of