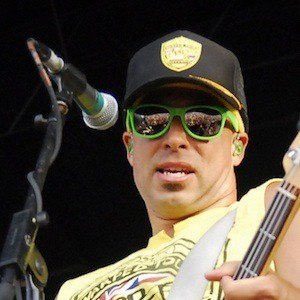 Professional musician who is best known for his work as the lead singer and bassist for the reggae band Pepper.

He began playing music in middle school with his friends Kaleo Wassman. Later on they met Yesod Williams and formed a band together in 1997.

He also runs a clothing and lifestyle company called the Bollinger Brand which features a variety of products for sale through an online web store.

He was born and raised in Kailua-Kona on the Big Island of Hawaii.

He has performed with a variety of famous musicians including Snoop Dogg and Shaggy.

Bret Bollinger Is A Member Of