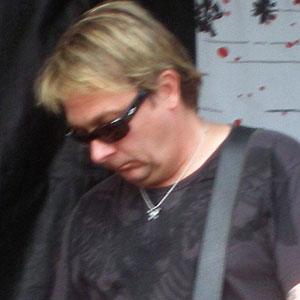 Guitarist who started playing with Bad Religion in 1994 and who has also played with Minor Threat and Dag Nasty.

He started off playing bass in Minor Threat before switching to guitar.

He was once offered a spot in the 1990s band, R.E.M., but declined in order to join Bad Religion.

He was influenced to take his music in a more pop rock direction after hearing the music Bono and U2 were releasing.

Brian Baker Is A Member Of