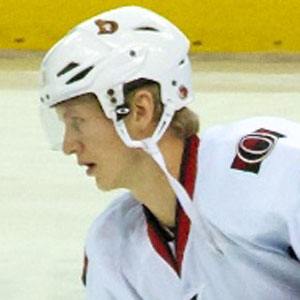 NHL defender who was drafted ninth overall by the Ottawa Senators in 2005. He was traded from the Senators to the Tampa Bay Lightning in 2012.

He won a bronze medal for the U.S. national team at the World Junior Hockey Championships in 2007.

He chose to play two seasons at the University of North Dakota, despite being selected 9th overall in the 2005 NHL Draft by the Senators.

His younger brother John was drafted by the Florida Panthers in 2007.

He and Matt Carle both joined the Tampa Bay Lightning in 2012.

Brian Lee Is A Member Of