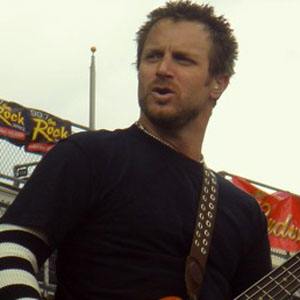 Songwriter and founding member of the rock band Creed. He parted ways with the group in 2000.

He helped create the band Alter Bridge as a side project. After the band's 2004 debut release, One Day Remains, he devoted most of his creative efforts to its success.

He began his musical education by playing his father's drums. He had a son, Cooper, with his girlfriend Melanie.

He was personally recruited by Mark Tremonti and Scott Stapp to join Creed.

Brian Marshall Is A Member Of