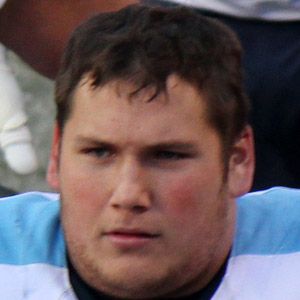 Center drafted by the Titans 107th overall in 2013. He started 6 games for the team during his rookie season.

He was ranked as a top-50 prospect by Rivals.com after starting his senior season for Oceanside High School.

He was a one-time recipient of All-Pac-12 honors while only missing two starts during his college career at the University of California.

His father Brian Sr. served in the Navy.

He shared All-Pac-12 honors with running back Kenjon Barner in 2012.

Brian Schwenke Is A Member Of