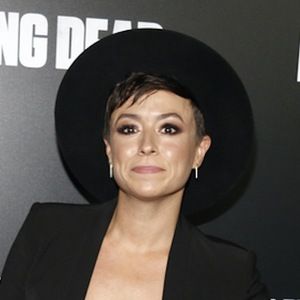 Film and television star whose first major role was Precious in 2014's Let's Be Cops. She then went on to earn recurring roles in Nashville as Gina Romano, Supergirl as Agent Vasquez, and Agents of S.H.I.E.L.D. as Agent Piper.

She made her screen acting debut in a small uncredited role in 2007's Walk Hard: The Dewey Cox Story.

Outside of acting, she has had an extensive career as a production assistant. She has worked on numerous shows including Leverage, Bones, and Happy Endings.

She stars opposite Chyler Leigh in the CW series Supergirl.

Briana Venskus Is A Member Of

Supergirl
Agents of S.H.I.E.L.D.
Then Came You
34 Year Olds