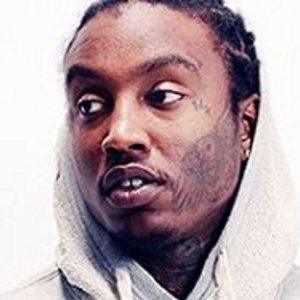 Rapper who is best known for his underground independent releases. In 2014, he released his first mixtape, Son of a Bricc Lady, for free online download. He has also toured the US with various artists, including Kid Ink.

He began rapping following an 8 month jail sentence in 2012. He had initially started as a manager, but reneged when he discovered his own propensity for rapping.

In 2015, he released his second mixtape, Nasty Dealer, which earned acclaim from various underground hip-hop websites, including Complex. He has split his professional time between Atlanta, Georgia and Los Angeles.

He was born and raised in the Crenshaw district of south-central Los Angeles, California.

He has collaborated with his fellow rappers Young Thug and Future on various projects.

Bricc Baby Is A Member Of