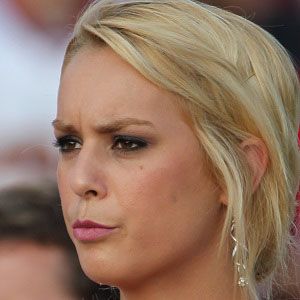 Washington D.C.-based reporter for ESPN who has served as a correspondent on SportsCenter, Outside the Lines, NFL Live and Baseball Tonight. She previously worked as a dugout reporter for the Padres on Fox Sports San Diego.

She was suspended by ESPN for one week in 2015 following a video surfacing where she allowed her emotions to get the best of her at a car towing lot.

She was born in Mount Holly Township, New Jersey.

Britt McHenry Is A Member Of