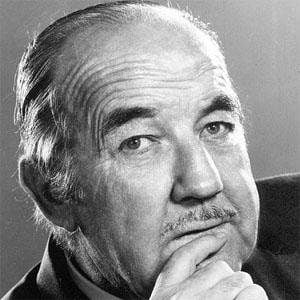 Oscar-winning actor who played Willie Stark in All the King's Men and starred as Chief Dan Matthews on the syndicated TV series, Highway Patrol. He also appeared in the 1960 film, Goliath and the Dragon.

He began working on the vaudeville stage alongside his parents, and after vaudeville's decline he appeared on the Marx Brothers radio show.

Ten years before his Oscar success, he played supporting roles in Hollywood.

He was born in Philadelphia, Pennsylvania. His mother was a Broadway and film actress and his father was a popular vaudeville performer.

His last major hit was the 1950 comedy, Born Yesterday, which co-starred Judy Holliday.

Broderick Crawford Is A Member Of