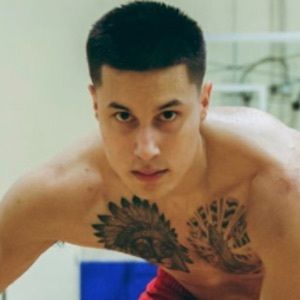 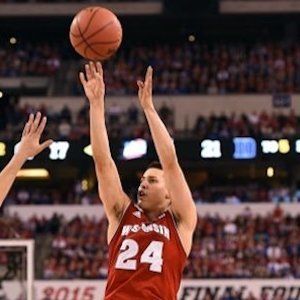 Basketball guard who is best known for his tenure with the Wisconsin Badgers basketball team. He was a highly-coveted recruit as a high school player, and began his career with the Badgers during the 2013-2014 season.

He attended Aquinas High School in La Crosse, Wisconsin. As a senior, he was named the Wisconsin Player of the Year by the Associated Press after having led his team to a state title. He was a McDonald's All-American nominee that year, also.

He first started at the point guard position for Wisconsin during his sophomore year. He helped Wisconsin reach the Final Four in both his freshman and sophomore seasons.

He was born and raised in La Crosse, Wisconsin.

He played alongside Frank Kaminsky and Sam Dekker during the Badgers' runner-up finish during the 2015 NCAA tournament.

Bronson Koenig Is A Member Of