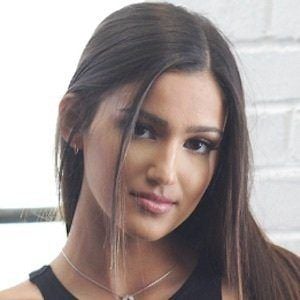 American singer also known as Cookie who is most famous for being a member of the pop girl group Dame. She and the band achieved internet fame through YouTube covers before breaking out in 2016 with the singles "Ran Away" and "When It Rains."

She attended an after school program with two future members of Dame.

She has worked with legendary choreographer Jamaica Craft.

She has two sisters named Tori and Emma, as well as a younger brother named Evan.

She and the rest of Dame have been co-managed by Boyz II Men members Shawn Stockman.

Brooke Korine Is A Member Of