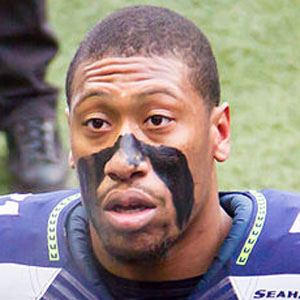 Sack specialist who was drafted 15th overall by the Seattle Seahawks in 2012. He recorded 10 sacks while playing outside linebacker and defensive end during his first two seasons.

He was a First-team All-American at Butler Community College before transferring to West Virginia University.

He had two multi-sack games during his rookie season, helping him earn PFW All-Rookie team honors in 2012.

He was raised in the outskirts of Atlanta by his parents Rufus and Bessie Lee. He married Alyssa Hackworth-Irvin in 2014 and he has a son named Brayden.

He joined defensive back Richard Sherman on the Seattle Seahawks defense in 2012.

Bruce Irvin Is A Member Of