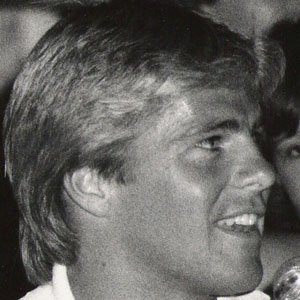 American Motorcyclist Association Motorcycle Hall of Fame inductee who won back-to-back world championships in 1981 and 1982. He was also notable as an actor for his role as Bruce Nelson in the final season of CHiPs.

He established himself as a threat in Speedway starting at sixteen years-old, quickly vaulting from novice to professional after finishing top three at the US National Championships on two occasions.

He played Bruce Christian in the film Savage Beach and would reprise that role for 5 of it's sequels.

He had a son who died tragically after being struck by a drunk driver while working on a freeway.

He guest starred on The Facts of Life, which starred Molly Ringwald for a short amount of time.

Bruce Penhall Is A Member Of