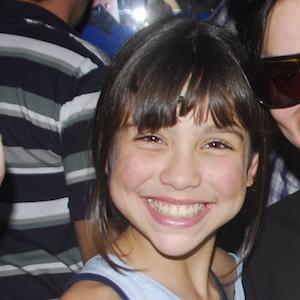 Rose to fame for her role as Nina in the series Carousel. She would go on to join the cast of Chiquititas and would appear in 2017's O Último Sol de Outono.

In addition to her acting roles, she is a social media superstar. She has earned more than 3.3 million followers on Instagram alone posting selfies, style, and photos with friends.

She is the daughter of Angelica Celina Fernandes and Sérgio Carvalho.

Both she and Sophia Valverde are known for appearing in the Chiquititas revival.

Bruna Carvalho Is A Member Of