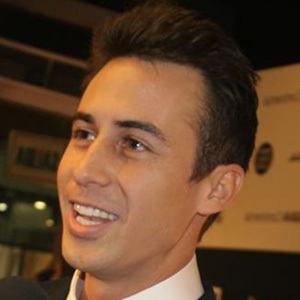 Peruvian actor, director, and presenter who is known for his work directing the 2014 feature film A los 40. He is also known for having played Juan Carlos in the 2013 film Quizas Manana and for having hosted the programs Refugiados and Zona de Riesgo.

He started his career as an actor at the age of 13 when he made his debut on the telenovela Travesuras del Corazon.

He is also known for his work as a voice actor, making his dubbing debut in the 2012 feature film The Ilusionautas.

He starred alongside Carlos Alcántara and Vanessa Saba in the 2018 feature film Locos de Amor 2.

Bruno Ascenzo Is A Member Of