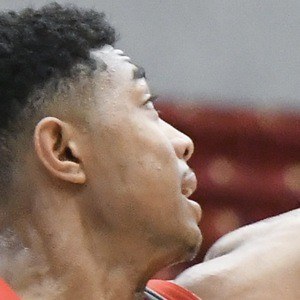 NBA small forward who was drafted 20th overall by the Toronto Raptors in 2014. He made his NBA debut that same year, but spent much of the season in the D-League.

After attended the Score Academy in the US, he spent a year playing in the Novo Basquete Brazil before entering the NBA Draft.

A fan of shooting from deep, he was once banned by his high school coach from attempting three-pointers during games, as he was missing too many of them.

He grew up in Osasco, Brazil.

He and Terrence Ross have been teammates on Toronto.

Bruno Caboclo Is A Member Of