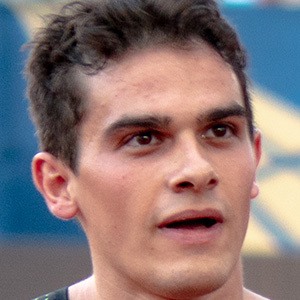 World championship sprinter best known for having taken home the gold medal in the 200 meter division at the 2016 European Championships in Amsterdam. Later that year he competed in the Summer Olympics but failed to qualify for the final.

He was a member of the Burlington Track Club.

In 2016, he suffered a significant hand injury in a motor vehicle accident.

He was born to Gonzalo Hortelano and Pilar Roig.

He competed against Adam Gemili in the 2013 World Championships.

Bruno Hortelano Is A Member Of