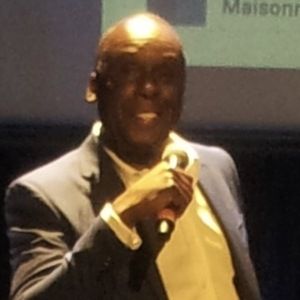 Sprinter who represented Canada in international competition and won gold in the 4x100-meter relay at the 1996 Summer Olympics.

When he was 17 years old, a local track coach convinced him to give the sport a try.

He was inducted into Canada's Sports Hall of Fame in 2008.

He was born in Cap-Haitien, Haiti, and he moved to Canada when he was 7 years old.

Donovan Bailey was part of the same 4x100-meter relay team that won Olympic gold in 1996.

Bruny Surin Is A Member Of