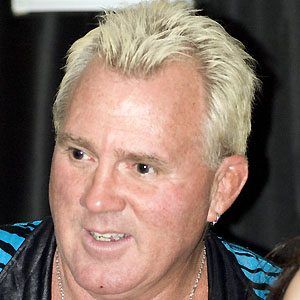 Professional wrestler best known for becoming WWF World Tag Team Champion in 1985. He is a member of the XWF and LPW Hall of Fame.

He was born Edward Harrison Leslie and began wrestling in 1977.

He appeared as a coach on the reality series "Hulk Hogan's Celebrity Championship Wrestling."

He has a daughter named Alana and married Melissa DeGloria Caruso in 2013.

Brutus Beefcake Is A Member Of