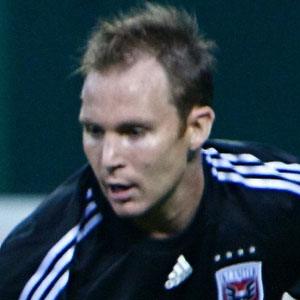 Former midfielder/defender who is best known for earning nearly 200 caps for D.C. United from 2001 to 2010.

He was a four-year player at Bradley University before making his MLS debut for the Rockford Raptors in 2000.

He and his siblings grew up in Carson City, Nevada.

He earned one cap alongside Landon Donovan on the U.S. national team in 2007.

Bryan Namoff Is A Member Of