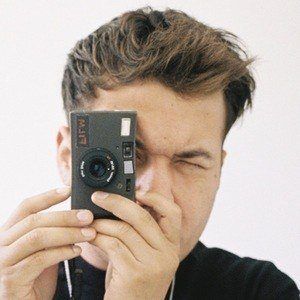 Fashion photographer with an enormous following on social media who regularly photographs internet sensations like Addison Rae, Avani Gregg and Charli D'Amelio. He focuses on portraits and candid photos, and has accrued more than 8 million followers on Instagram. He is represented by the company United Talent.

He started to pursue photography as a career when he was 16 years old. He was doing small freelance jobs and flying back and forth from LA/NYC crashing on friends couches.

He has worked with top brands such as American Apparel, Armani Exchange, PUMA, Gap, Instagram, and VH1, among numerous others. Chase Hudson has been featured in multiple photographs and videos on his Instagram account.

He was born and raised in California. He has an older brother and two supportive parents who are also artists.

Some of the well known social media stars he has photographed include Emma Chamberlain, Lexi Jayde and Larray.

Bryant Eslava Is A Member Of