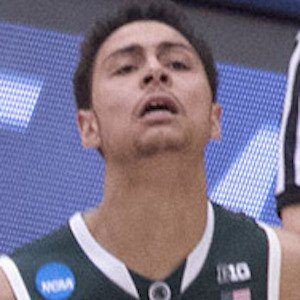 Three-point specialist who was named Second-team All-Big Ten in 2016 as a member of the Michigan State Spartans. He previously played college ball at Cleveland State from 2012 to 2014 before transferring to Michigan State for the 2014 through 2016 seasons.

He was not highly recruited coming out of J. W. Sexton High School. He helped the school win back-to-back Class B State Championships in 2011 and 2012.

He has a son named Carter.

He was a teammate of Denzel Valentine in both high school and college.

Bryn Forbes Is A Member Of