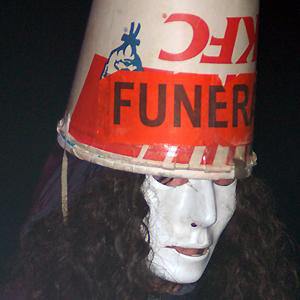 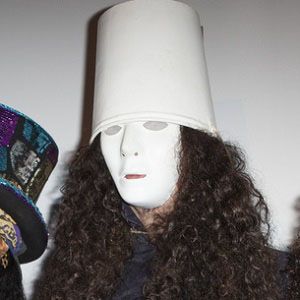 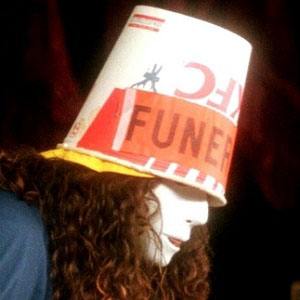 Known as Brian Patrick Carroll, he is a guitarist who plays with a bucket on his head. He has released more than 300 studio albums. He was a member of the Guns N' Roses from 2000 to 2004.

He grew up steps away from Disneyland in Southern California, where he spent a lot of his time. He learned to play guitar from the elderly man who lived down the road when he was twelve years old.

He has worked with various big name artists, including Les Claypool, Viggo Mortensen, and Bassnectar.

His parents arranged music lessons for him from many future stars, like Paul Gilbert. He was one of five siblings along with Lynn, Lisa, Lori and John.

He released the single "The Homing Beacon" as a tribute to pop legend Michael Jackson, whom had an early influence on him.

Buckethead Is A Member Of