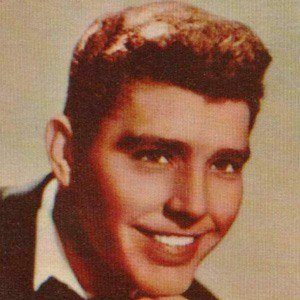 Rockabilly singer and songwriter who recorded with Norman Petty and released the hit "Party Doll."

He loved country music, which led him to learn guitar and join an amateur vocal group during his college days.

His song "Party Doll" was on the Billboard charts for twenty-three weeks straight and it played nonstop on the radio after a performance on the Ed Sullivan Show.

He was born in a farming town near Happy, Texas where his mother and her siblings performed in a gospel group.

His career mirrored that of Buddy Holly's, who came into popularity after Knox, but Holly received more recognition for his musical contributions.

Buddy Knox Is A Member Of