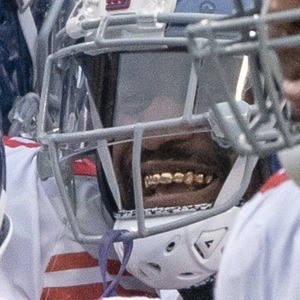 Cornerback from the College of William & Mary who played sparingly his rookie season after being drafted in the 4th round by the Dallas Cowboys in 2013.

He earned all-conference honors while playing wide receiver and defensive back at Warwick High School.

He followed up his CAA Defensive Rookie of the Year honors with three consecutive First-Team All-CAA honors from 2010 to 2012.

He stayed in a relationship with his college sweetheart Nemo Elkhebri after entering the NFL.

He and former teammate Jonathan Grimes were one of seven players from the College of William & Mary playing in the NFL in 2013.

Bw Webb Is A Member Of