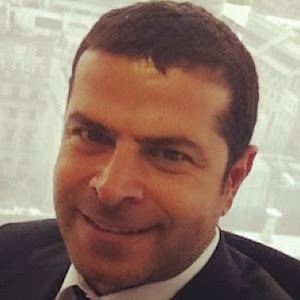 Turkish journalist and news anchor most well known as a leading correspondent of local and foreign affairs for CNN Türk's 5N1K. Then, in 2014, he departed 5N1K to become a daily news anchor for Channel D.

He earned a degree in journalism from Ankara University, working for a number of news outlets while in school. Then, in 1993, he traveled to London where he studied multimedia journalism.

In 2008, he founded the television production company Dipnot TV, the company responsible for his incredibly successful news program 5N1K.

He was born into a Muslim-Turkish family in Ankara, Turkey. He married Zeynep İnanoğlu and in 2012 the two gave birth to their first son.

Throughout his career, he has interviewed countless political figures, dignitaries, and others like Noam Chomsky, Hugh Jackman, and Zaha Hadid.

Cuneyt Özdemir Is A Member Of