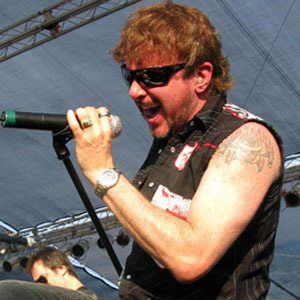 American singer who is known for being the lead in the band FireHouse and had five Top 40 singles after releasing the debut self-titled Firehouse album in 1990.

He trained in classic piano as a child and later studied theatre at Rollins College before taking up a music career.

With FireHouse, he won the American Music Award in 1991 for Best New Hard Rock Group.

His parents are Clayton and Barbara Snare and he has two brothers and one sister.

Like Chad Kroeger with Nickleback, Snare is the lead singer of a rock band.

CJ Snare Is A Member Of