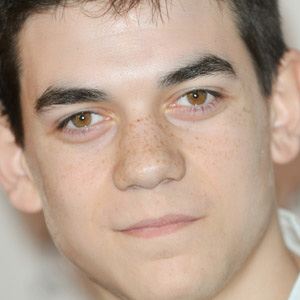 Canadian actor best known for playing the role of Quentin in Diary of a Wimpy Kid alongside Zachary Gordon. He has also appeared in various TV shows, including R.L. Stine's The Haunting Hour, Supernatural, and Tin Man.

He debuted in an episode of Dead Like Me.

He played the role of Alexei on the Sci-Fi TV series Sanctuary.

He has a younger brother named Hailey Morgan who hosted the webseries Eikids with him.

He appeared in The Twilight Saga: Eclipse with Kristen Stewart.

Cainan Wiebe Is A Member Of