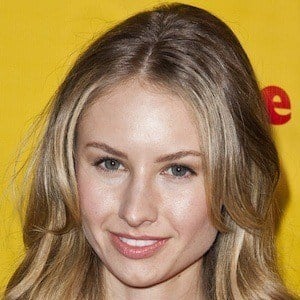 Actress who is widely known for her recurring roles across TV, including as Madison on the NBC series This Is Us. She previously appeared in Greek as Heather, and 90210 as Madison Stewart.

She earned her first on-screen credit for her work on the 2008 short film Day of Valentine's.

She was born and raised in Ohio.

She appeared alongside Ryan Gosling in the 2011 film Crazy, Stupid, Love.

Caitlin Thompson Is A Member Of