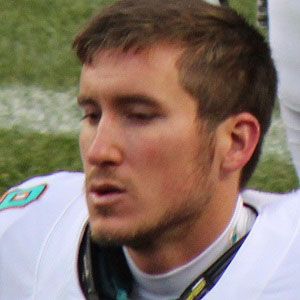 NFL placekicker drafted in the fifth round by the Miami Dolphins in 2013. He made 76.5% of his field goals during his rookie season.

He was an All-Star selection as a kicker at St. Augustine High School, where he also played soccer.

He set University of Florida school records for completed field goals while also earning All-SEC and All-American honors in 2012.

He was born into a large family with five siblings, including an older brother Nathan who became a professional soccer player.

He was coached by Urban Meyer during the University of Florida's 2009 BCS Championship season.

Caleb Sturgis Is A Member Of