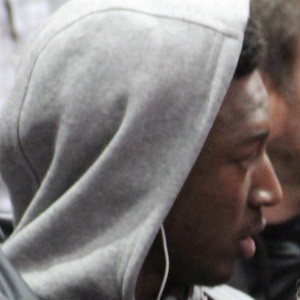 Wide receiver who helped the University of Alabama Crimson Tide win National Championships in 2015 and 2017. He was selected 26th overall in the 2018 NFL Draft by the Atlanta Falcons.

He was a five-star prospect at Monarch High School. He was ineligible for most of his senior season of high school due to surpassing the Florida age limit of 19 years and 9 months.

He was named a Freshman All-American by USA Today in 2015 and he was a First-team All-SEC selection in 2017.

He has a younger brother named Riley who committed to play wide receiver at the University of Georgia as part of the class of 2020.

He became on of quarterback Jake Coker's favorite targets in 2015, hauling in 26 more catches than anyone else on the team.

Calvin Ridley Is A Member Of