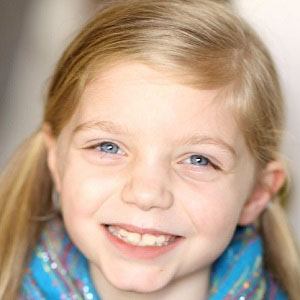 Known for her role as Cynthia in the film 2 Bedroom 1 Bath and for her portrayal of Angel in Runaway Hearts, Flowers is also notable for her voice acting work for Sonic the Hedgehog.

She appeared in her first film when she was just eight years old.

She played Alicia Harris in the 2015 remake of Cheaper by the Dozen.

She shared the screen with her brother Aiden and twin sister Carsen in a 2014 thriller titled June.

She and Patrick Fugit were both in the TV movie Outcast.

Camden Flowers Is A Member Of