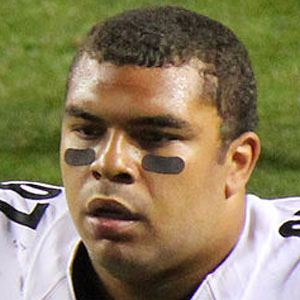 NFL defensive end who recorded 7.5 sacks in his first three seasons. He was drafted 31st overall in 2011.

He was a top-15 national prospect at his position after recording 16 sacks as a senior at Peachtree Ridge High School.

He finished his career at Ohio State University with 31 tackles for a loss and 16 sacks.

His father Craig earned the nickname Ironhead while playing running back in the NFL.

Cameron Heyward Is A Member Of