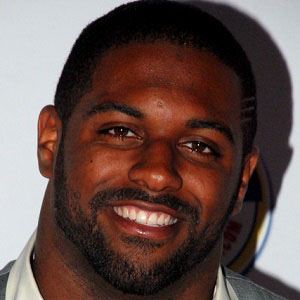 NFL defensive end who was selected 24th overall by the New Orleans Saints in the 2011 NFL Draft.

He was an All-State defensive end at Chandler High School in Arizona.

He recorded 31 tackles and 1 sack in his rookie year with the Saints.

He was born to former NFL tight end Steve Jordan in 1989.

He became teammates with Drew Brees after being drafted in 2011.

Cameron Jordan Is A Member Of