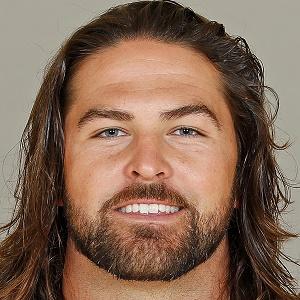 Linebacker from Mississippi State who earned a spot on the Dallas Cowboys roster in 2013 despite going undrafted in 2013.

He played linebacker, quarterback, baseball and ran track during his career at Magnolia Heights High School.

He became the first MSU player in nearly a decade to have consecutive 100-tackle seasons while also earning All-SEC Second team honors his senior season.

His brother Addison, was once an offensive lineman for the Baltimore Ravens.

He joined Bruce Carter as a member of the Dallas Cowboys linebacker core in 2013.

Cameron Lawrence Is A Member Of