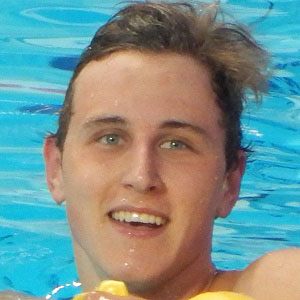 His first major wins were at the FINA World Youth Championships in 2011 where he achieved gold in the 50m and 100m freestyle.

Outside of his swimming career, he has worked at becoming a theoretical physicist.

He was born in Gold Coast, Queensland.

Upon meeting him, he gave Kobe Bryant a pair of Australian speedos.

Cameron McEvoy Is A Member Of