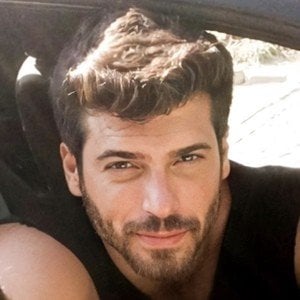 Turkish television actor most well known for the roles of Bedir in 2014's Gönül Isleri and Yalin Aras in 2015's Inadina Ask.

After earning a law degree and spending some time practicing, he eventually gained success in modeling competitions which ultimately led to his acting career.

His dashing good looks have earned him a massive social media following on Instagram where he has gained upwards of 8 million dedicated fans.

He starred alongside Selma Ergec in the 2014 television drama Gönül Isleri.

Can Yaman Is A Member Of