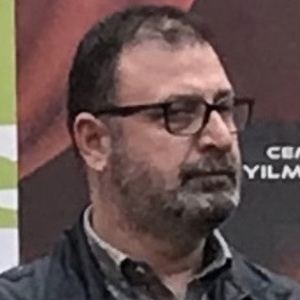 Turkish author and producer who is most recognized for his series of self-help books for new families. He is also known for having produced as range of different Turkish films including G.O.R.A. in 2004 and A Good Year in 2006.

His career as a producer first began in 2000 when he worked as a Line Producer on the film Proof of Life. His first job as Executive Producer came in 2004 on the film G.O.R.A. He went on to publish his first book in March of 2017 entitled Yap Bi Babalik.

In addition to his roles and producer and author, he is also an actor who has appeared in a range of different Turkish Films including as Ismail in the film Ali Baba and the Seven Dwarfs and as Hakan in the 1996 film The Bandit.

He was born and raised in Istanbul, Turkey. His book Klise Hayatlar Matbaasi focuses on his relationship with his brother.

He starred alongside Cem Yilmaz in the 2015 film Ali Baba and the Seven Dwarfs.

Can Yilmaz Is A Member Of