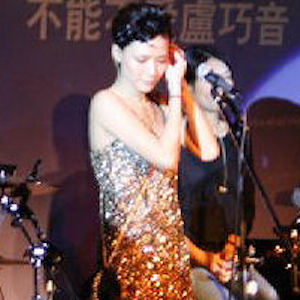 Canto-rock singer who has released over a dozen successful albums since she began her solo career in 1998. Her debut EP Bat Seui Yiu...Yun Mei Dak Ho Pa won a Golden Award that same year.

Before she began her solo career, she was the lead vocalist in the Hong Kong-based band Black & Blue. By 1995, the group had released their first album called Hope in Just One Day.

An actress as well as a singer, she has starred in numerous films including the 2002 horror film The Eye which was released internationally.

She starred alongside Anthony Wong in the 2011 Hong Kong thriller Punished.

Candy Lo Is A Member Of