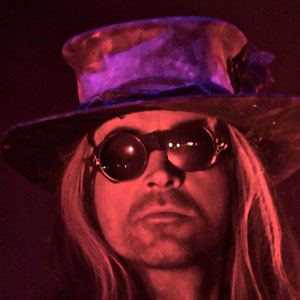 Metal and Gothic rock musician best known as the lead vocalist of Fields of the Nephilim. His albums with the band include Elizium and The Nephilim.

In 1984, he became a founding member of Fields of the Nephilim. The band released its debut album, Dawnrazor, in 1987.

A graphic artist as well as a musician, he started a design company called Sheerfaith.

He dedicated one of his albums, Zoon, to his daughter Scarlett. Scarlett and her sister Eden both recorded vocals on their father's Mourning Son album.

He was fascinated by the occult and, in many of his song lyrics, referenced the religious and philosophical ideas of early twentieth-century mystic Aleister Crowley.

Carl McCoy Is A Member Of