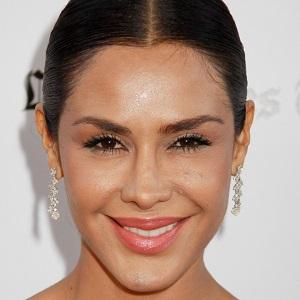 After playing Andrea Carvajal in the telenovela Secreto de Amor, this popular actress appeared as Lucia in the 2013 film Olvidados.

Early in her career, she acted in the 1998 film Mooke and in the drama series Gotita de Amor.

She starred as Claudina Morales in the 2007 Bolivian movie Los Andes No Creen en Dios.

She grew up in Cochabamba, Bolivia, and later settled in Mexico City, Mexico and Los Angeles, California, U.S.A.

She and Andres Garcia were both in the cast of the Mexican soap opera Mujeres Enganadas.

Carla Ortiz Is A Member Of