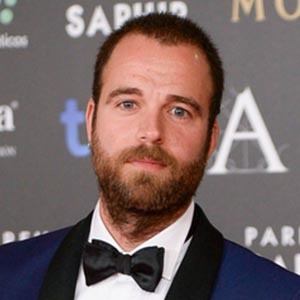 Spanish actor known for his roles in television and in feature films. He is best recognized for having starred as Vidal in the 2012 film Tengo Ganas de ti as well as the recurring roles of David Vila in Se quien eres and the lead, titular character Victor in the series Victor Ros.

His career as an actor started in 2005 when he appeared as Jose Cortes in the film Maria i Assou. He then debuted in the television series Ventdelpla where he played Pau Sola. He gained further attention in 2007 when he landed the recurring role of Rai in the series Central Hospital.

He is known for having earned representation from the production house A6 Cinema.

He is the son of journalist and fellow television star Carles Francino.

Carles Francino Is A Member Of