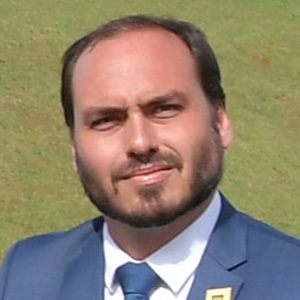 Brazilian politician who became a Councillor of Rio de Janeiro in 2001.

In 2000, he was the youngest Alderman elected in Brazil's history.

His mother is Rogéria Nantes Braga  and his father is former president Jair Bolsonaro. He has three brothers and a sister.

Carlos Bolsonaro Is A Member Of