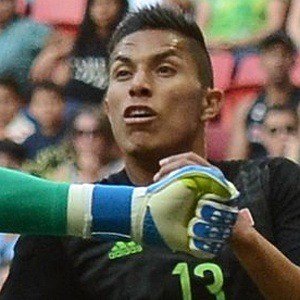 Defender who is widely known for his international club career, including in Liga MX as part of Guadalajara. He played as a regular starter for the MLS' Real Salt Lake during the 2013-2014 season.

He began his youth career in 2006 by participating in Guadalajara's youth academy. He then trained in Real Salt Lake's youth program and earned a contract as a home grown player after one year spent in their academy.

He was loaned by Guadalajara to Italian side Fiorentina in August 2016 and Eintracht Frankfurt in 2017. He has also earned caps on defense for the Mexican national team.

He was born to Maria Hernandez and Carlos Salcedo.

He has played on the Mexican national team alongside goalkeeper Jose de Jesus Corona.

Carlos Salcedo Is A Member Of