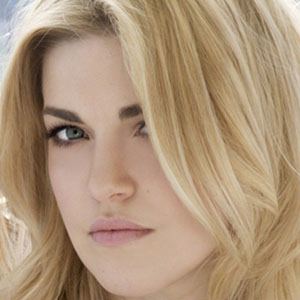 Actress and musician who starred as Alice in the television series Alice, I Think and was a former lead vocalist in the Vancouver-based band Borderline.

She was born and grew up in Vancouver, British Columbia and studied acting with actor Greg Kean at William Centre for Actor's Study.

She sang with her sister in the band One More Girl, and her piano playing led her to be nominated in 2005 for the British Columbia Country Music Association Award in the best keyboard player category.

Her parents are producer Tom McKillip and songwriter Lynda McKillip and her sister is actress Britt McKillip.

She appeared in the television action series The Marshal opposite Jeff Fahey.

Carly McKillip Is A Member Of