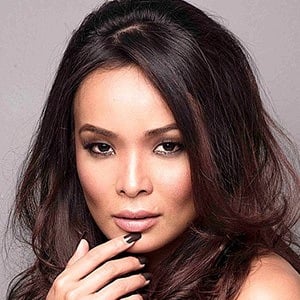 Brazilian dancer, actress, and television personality who is recognized for her appearances on Domingao do Faustao over the course of twelve years. She is also recognized for having played the character Hiromi Tanaka on the 2016 soap opera Sol Nascente.

She started her career as a dancer in 2000 on the program Domingao do Faustao. She eventually moved up to co-present the series alongside Fausto Silva. She returned again in 2016 to star as a judge on the series.

She was born in Rio de Janeiro, RJ, Brazil. She first became a mother at the age of 16 when she had her son Juan.

She starred alongside Giovanna Antonelli and Bruno Gagliasso on the soap opera Sol Nascente.

Carol Nakamura Is A Member Of