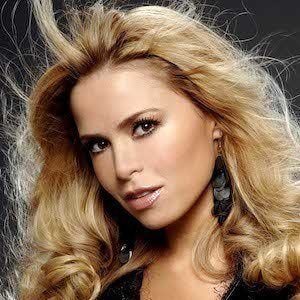 Salsa and Tropical music singer who was nominated for Billboard's Female Tropical Artist of the Year award in 2010. She has amassed more than 50,000 followers on her eponymous Instagram account.

She made her live debut at the age of six performing the song "Campesina Santandereana" at her elementary school.

In 2013, she made an appearance on Univision's Sabado Gigante.

She is from Columbia.

She appeared on Sabado Gigante which was hosted by Don Francisco.

Carolina la O Is A Member Of